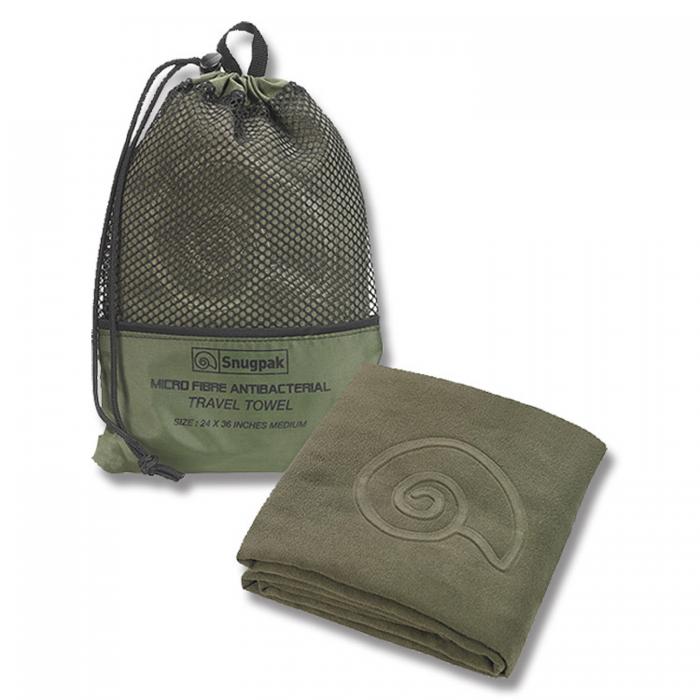 Snugpak Travel Towel - Head to Toe (Olive) has SILVADUR technology that binds silver molecules (silver ions) microscopically to the travel towel surface. This specialist antibacterial and antimicrobial treatment discourages the growth of bacteria, reducing any odors and the need for regular laundering. The result is a fresh-smelling travel towel every night, which is ideal for prolonged tropical travel where temperatures may be high and washing facilities limited. Our microfibre technology is able to absorb 7 times more water than its weight and 3 times more water than a cotton travel towel (of the same size).