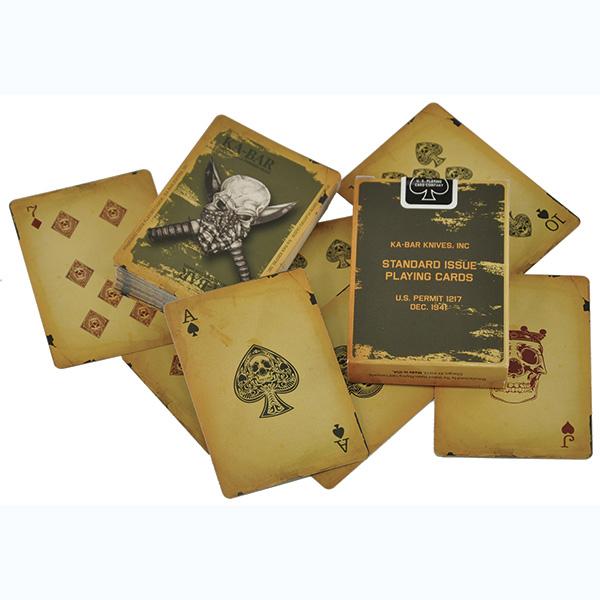 $12.49
Calculate your shipping price
Out of stock. More inventory may be available. Alert me when this item is back in stock.

Put the look and feel of World War II and the legendary KA-BAR KNIVES on your card table and watch the responses. These cards are a cool accent to any game night and create a real talking point to say the least.

Soon after its introduction in the mid-1920's, the KA-BAR trademark became widely known and respected. There have been many versions of how the KA-BAR name came to be, but all evidence points to a letter received from a fur trapper. This particular fur trapper's testimonial turned out to be the most significant ever received by the company.

He wrote, in very rough English, that his gun had jammed and that he had therefore relied on his knife to kill a wounded bear that was attacking him. In thanking the company for their quality product the trapper described using his knife to kill the bear. All that was legible of his scrawled writing was "k a bar". The company was so honored by this testimonial that they adopted this phrase and used it as their trademark, KA-BAR. 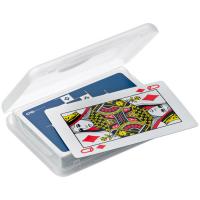