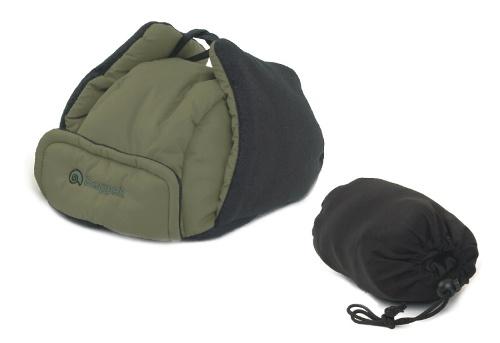 SNUGNUT insulated hat and earmuffs in one.  Available colors: Olive, black or blue. One size fits all. Constructed from the same high performance fabrics and Softie insulation used in our high performance sleeping bags this UK made deerstalker style hat.