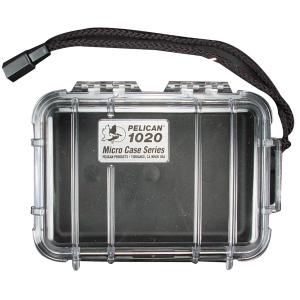 6.38 in. X 4.75 in. X 2.13 in. Clear case with black latch, liner and purge cap. Made of Copolymer Polypropylene. Case is watertight, airtight, crushproof and have an automatic pressure purge valve. Includes a ring and a lanyard for easy attachment. 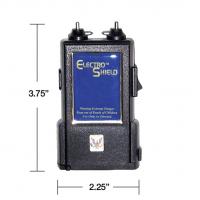