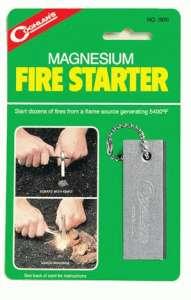 $13.49
Calculate your shipping price
Unavailable. This item is no longer available for purchase.

The fire starter uses magnesium a flame source of 5400F. One fire starter should provide sufficient shavings to start hundreds of fires.